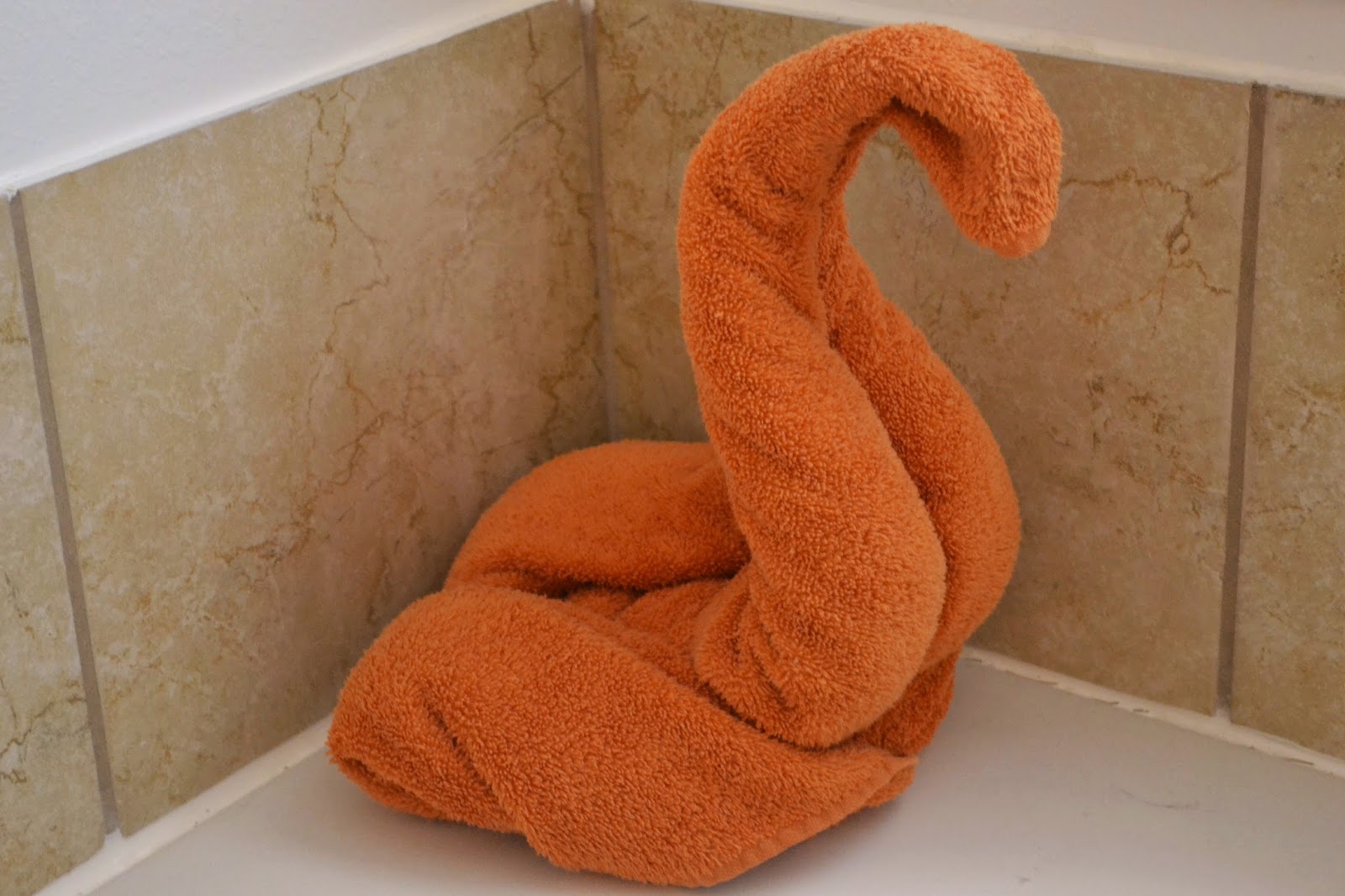 Have you ever been to a fancy hotel where they put a little "origami" towel on your bed and been impressed with their folding skills?

*que dramatic and slightly cliche orchestral music* After going to the Source of All Tutorial Knowledge (You Tube), finding my way across treacherous terrain (using the search bar) and conversing with The Master of Towel Swans (watching a one-take video in a dimly lit hotel room/closet), I have finally found the techniques needed to create these Masterpieces of Cotton. 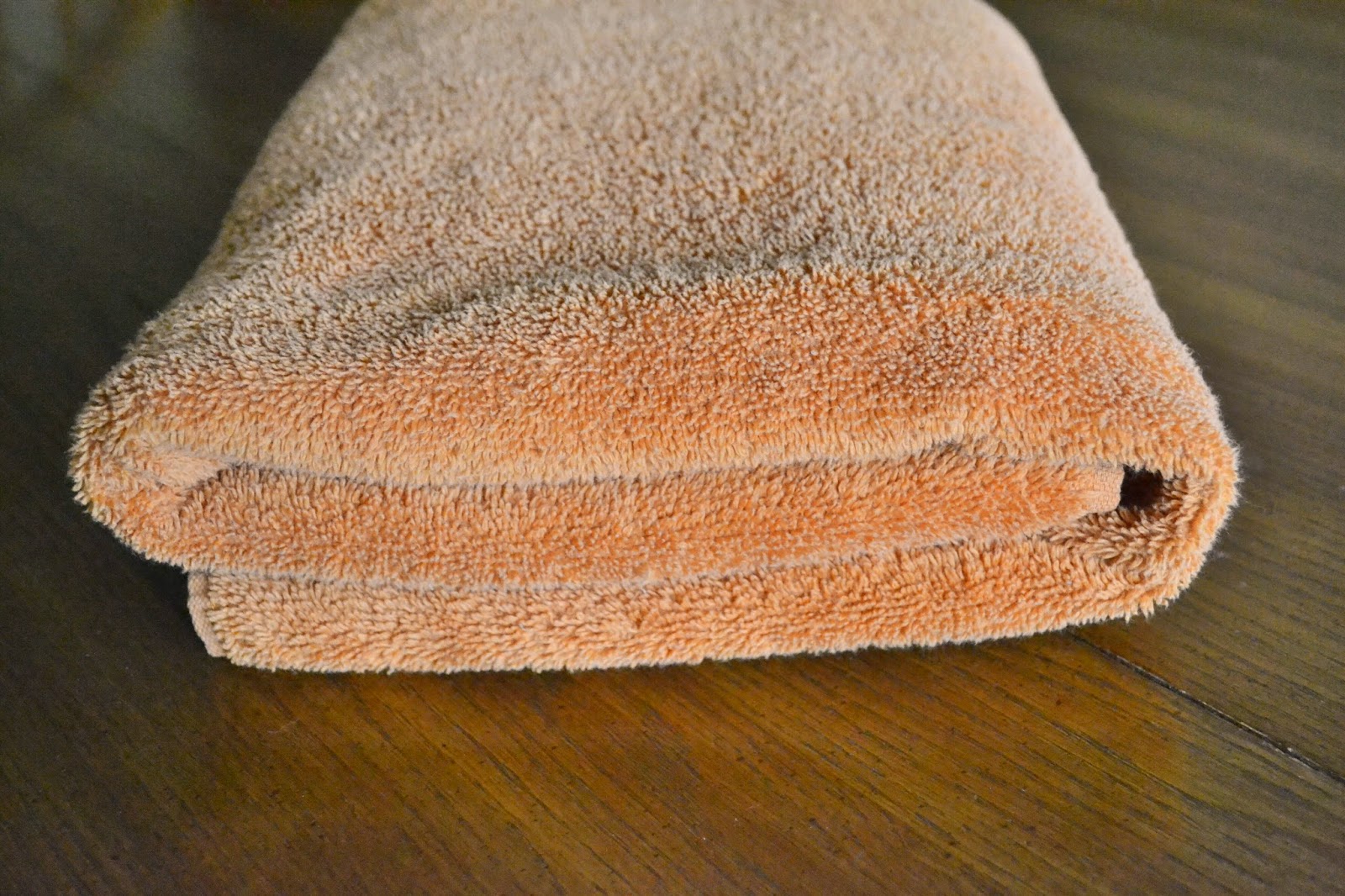 First, pick out a nice, clean, fluffy towel that you deem worthy of becoming a swan. Also, get out your towel swan parenting book, because raising your new addition can be a little hectic sometimes. My towel swan is struggling with self-worth issues as of late, he wants to be a real swan. He asked me if he could go swimming, but I explained to him that if he ever tried to swim he would just soak up the water and drown, but he doesn't believe me.

Even though swan towels can be a challenge sometimes, I think that it's all worth it in the end. 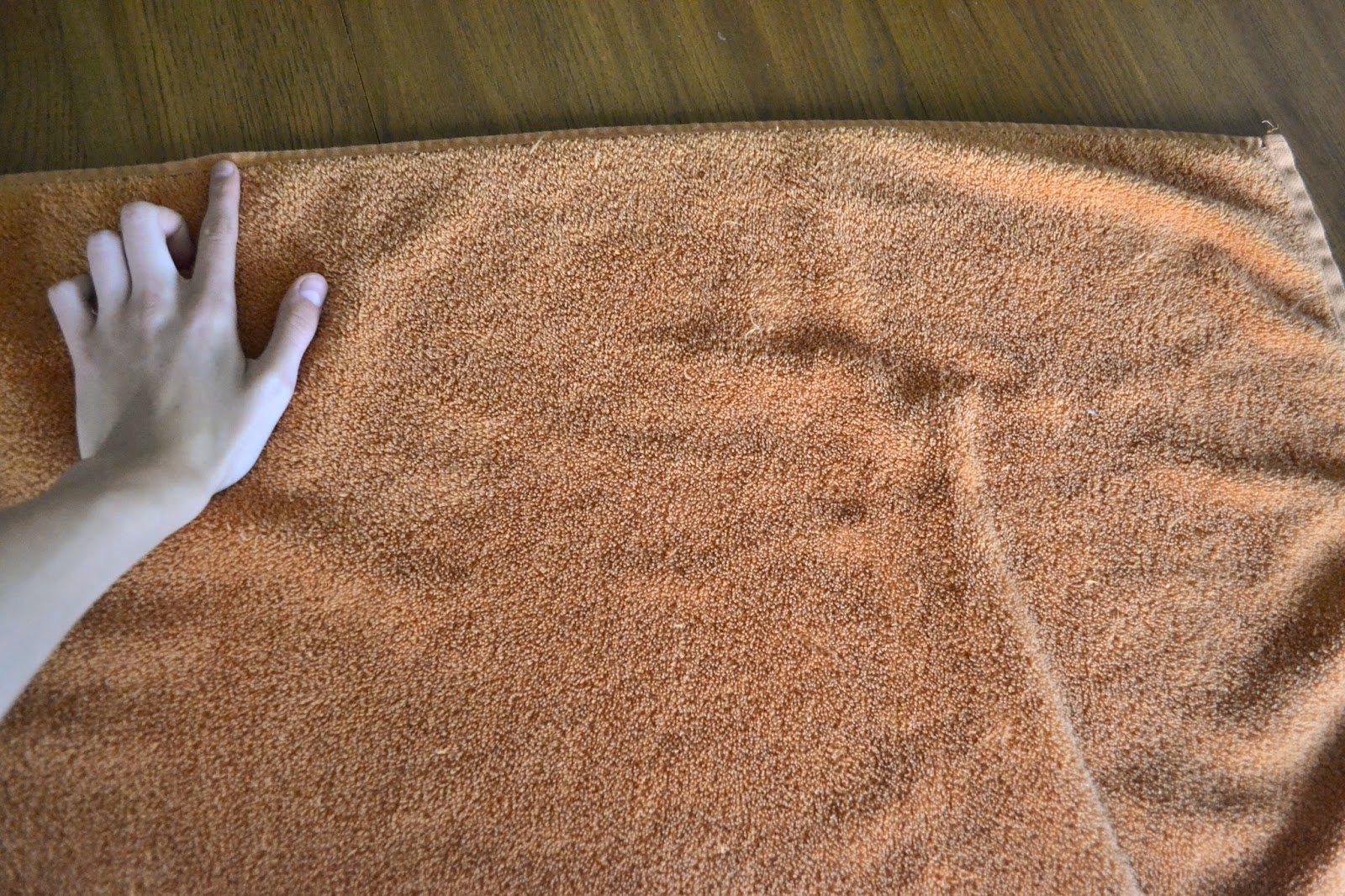 After you have picked out your towel, place your left pointer finger on the center of the top edge. Isn't this exciting? 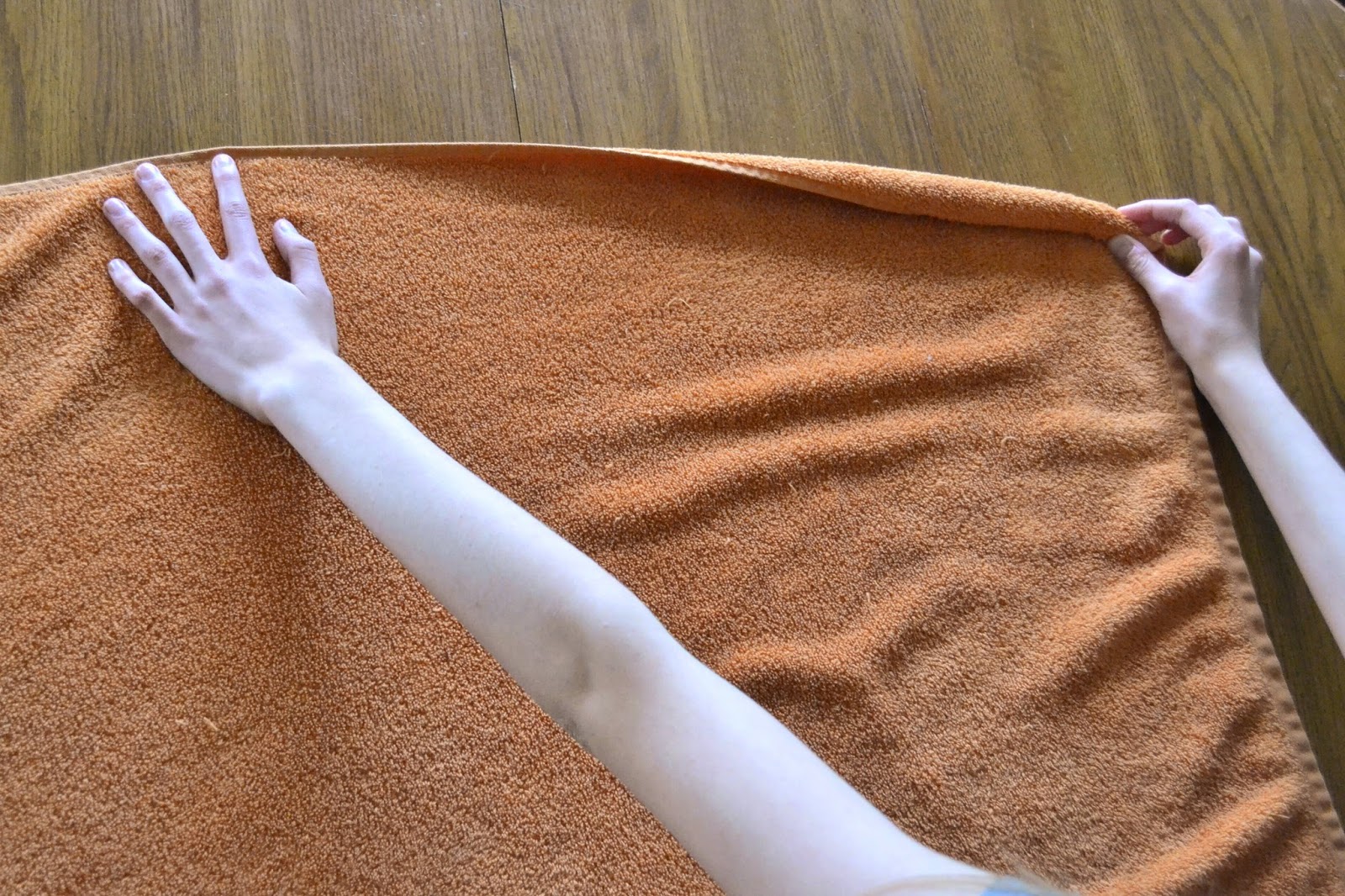 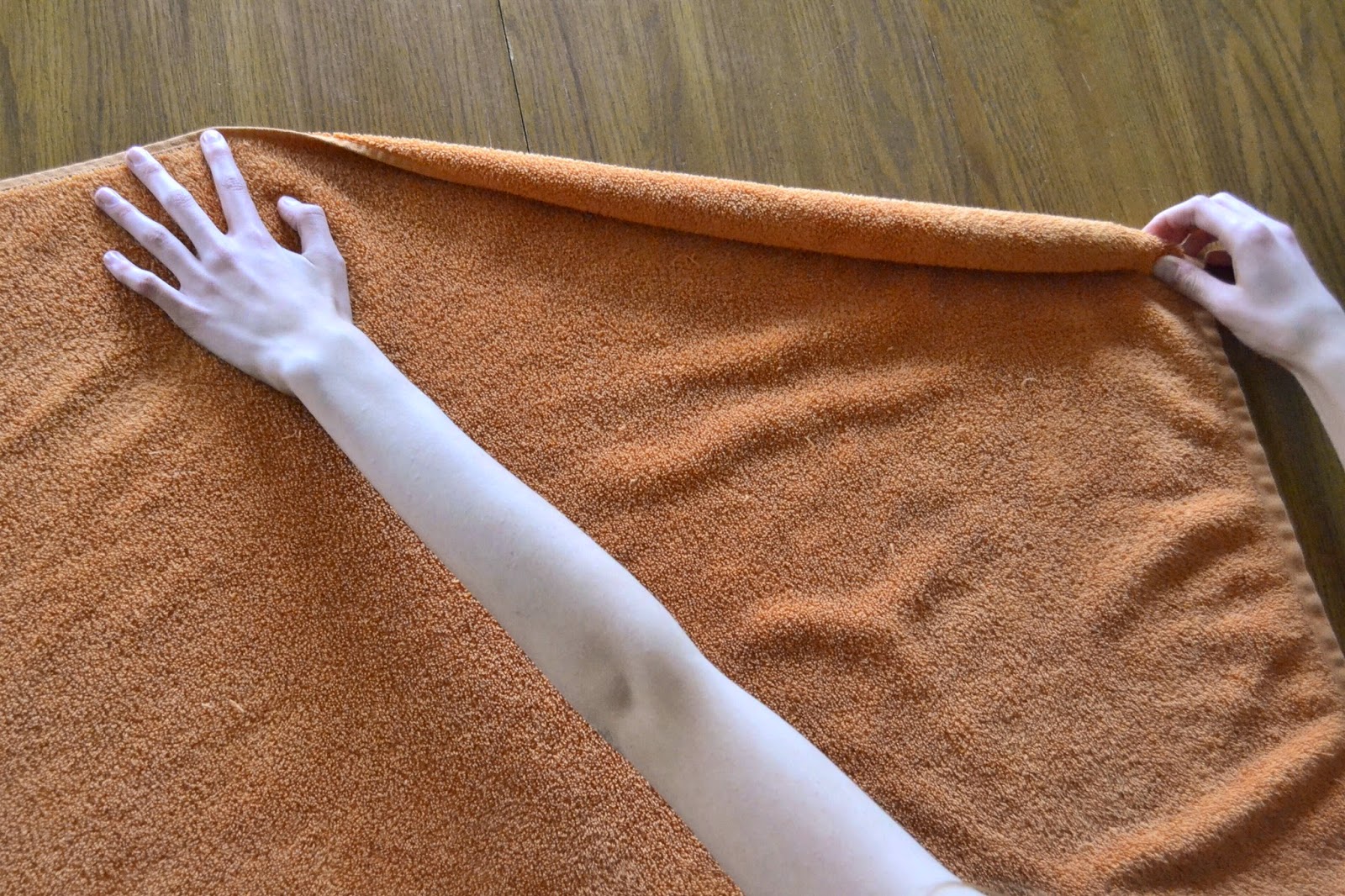 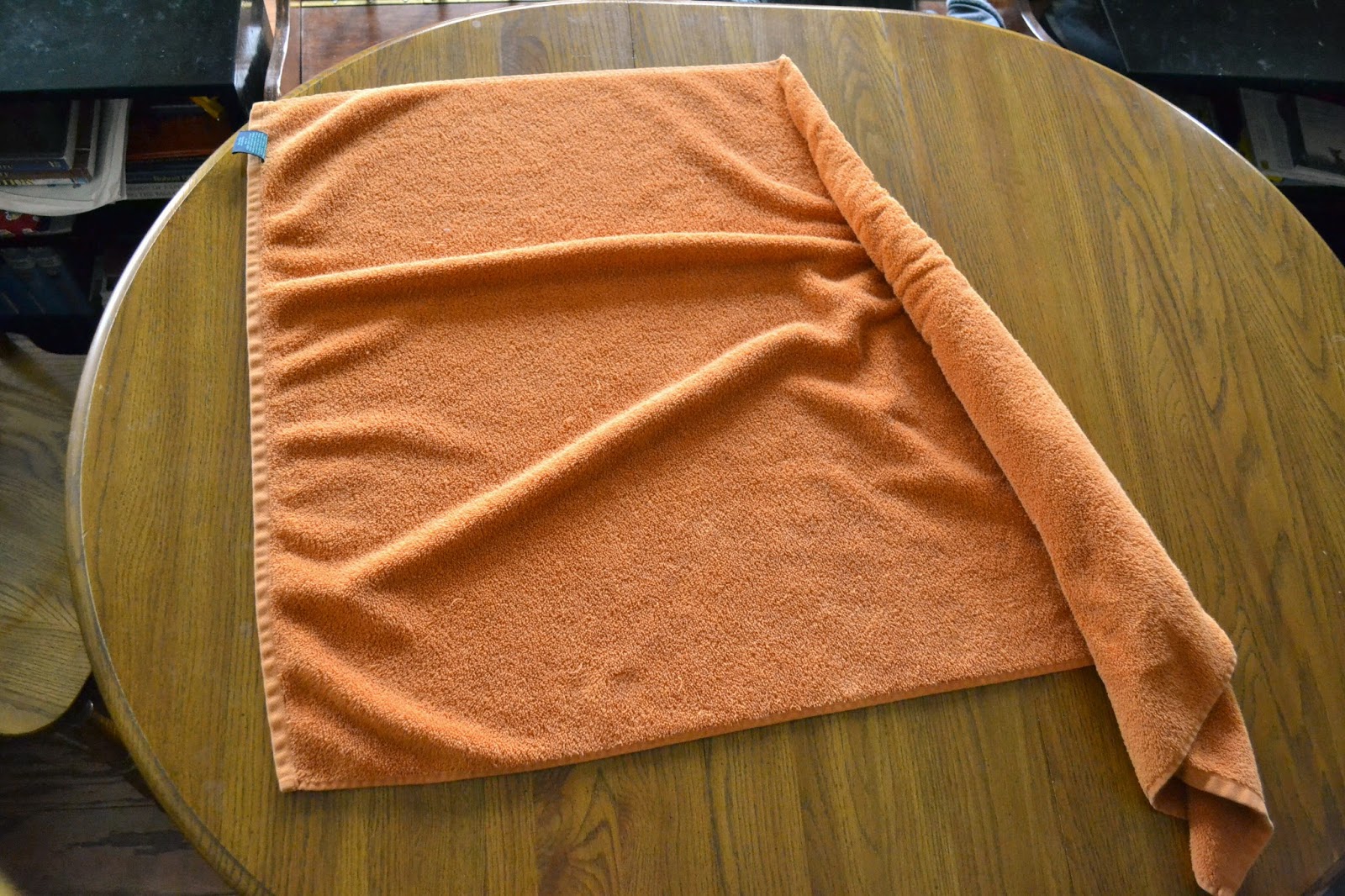 Next, taking your right hand, tightly roll the towel. Start at the top right corner and work your way diagonally to the bottom center of the towel. Make sure to do this tightly (don't worry, it won't hurt it, because it's not a real towel swan yet). 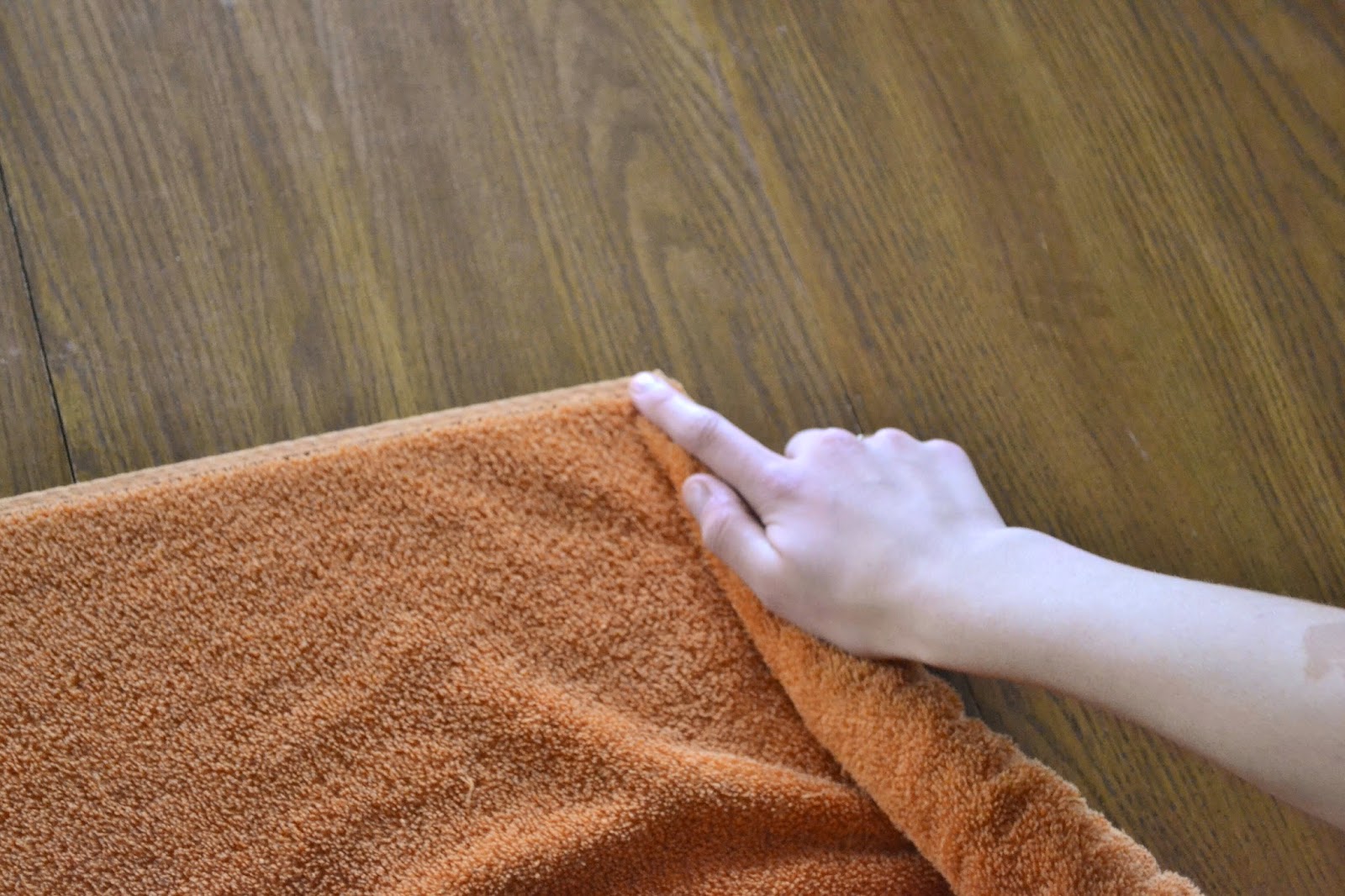 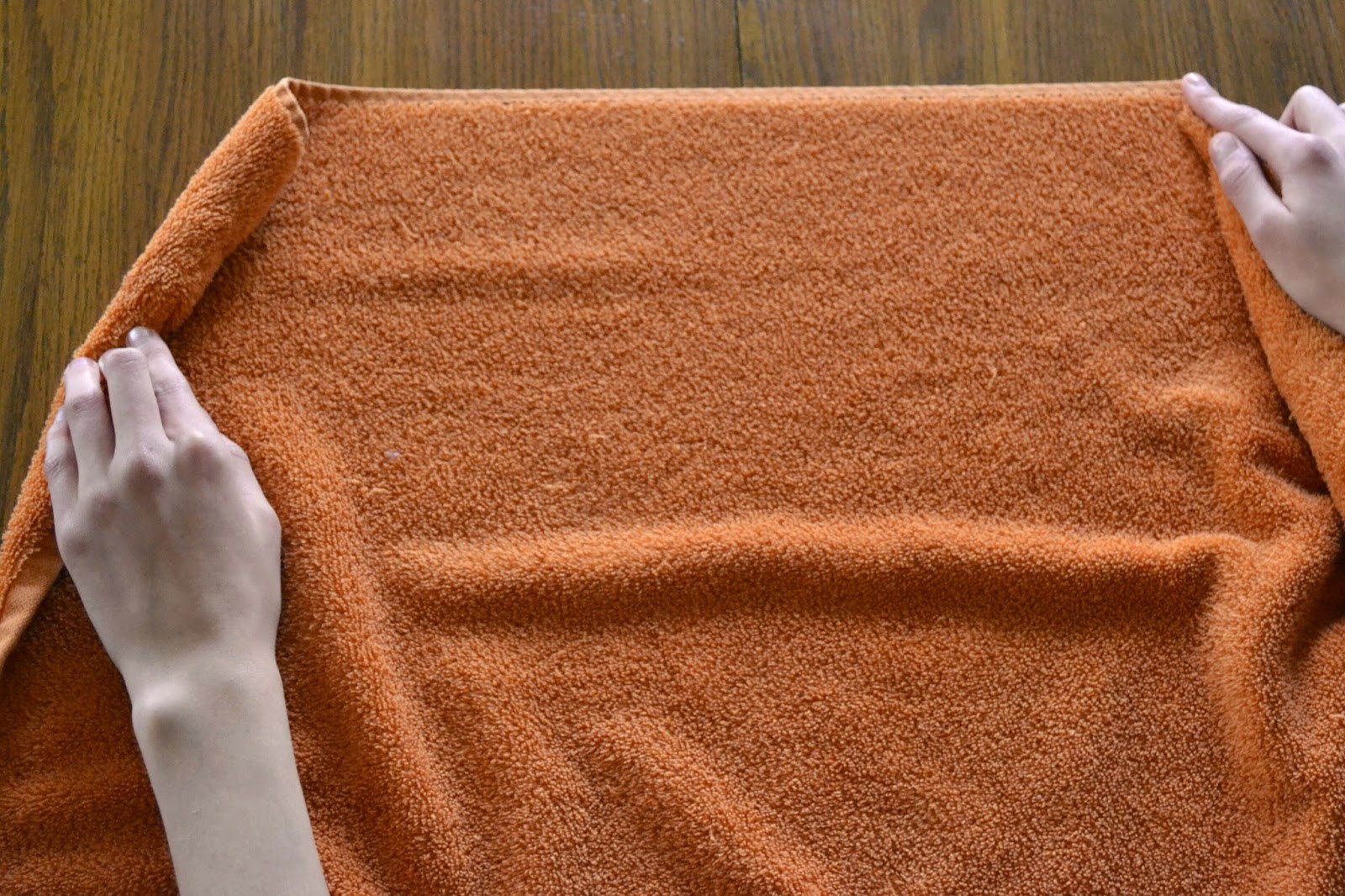 Using your left hand, tightly roll the towel. This time, start in the top left corner and work your way diagonally to the bottom center of the towel. 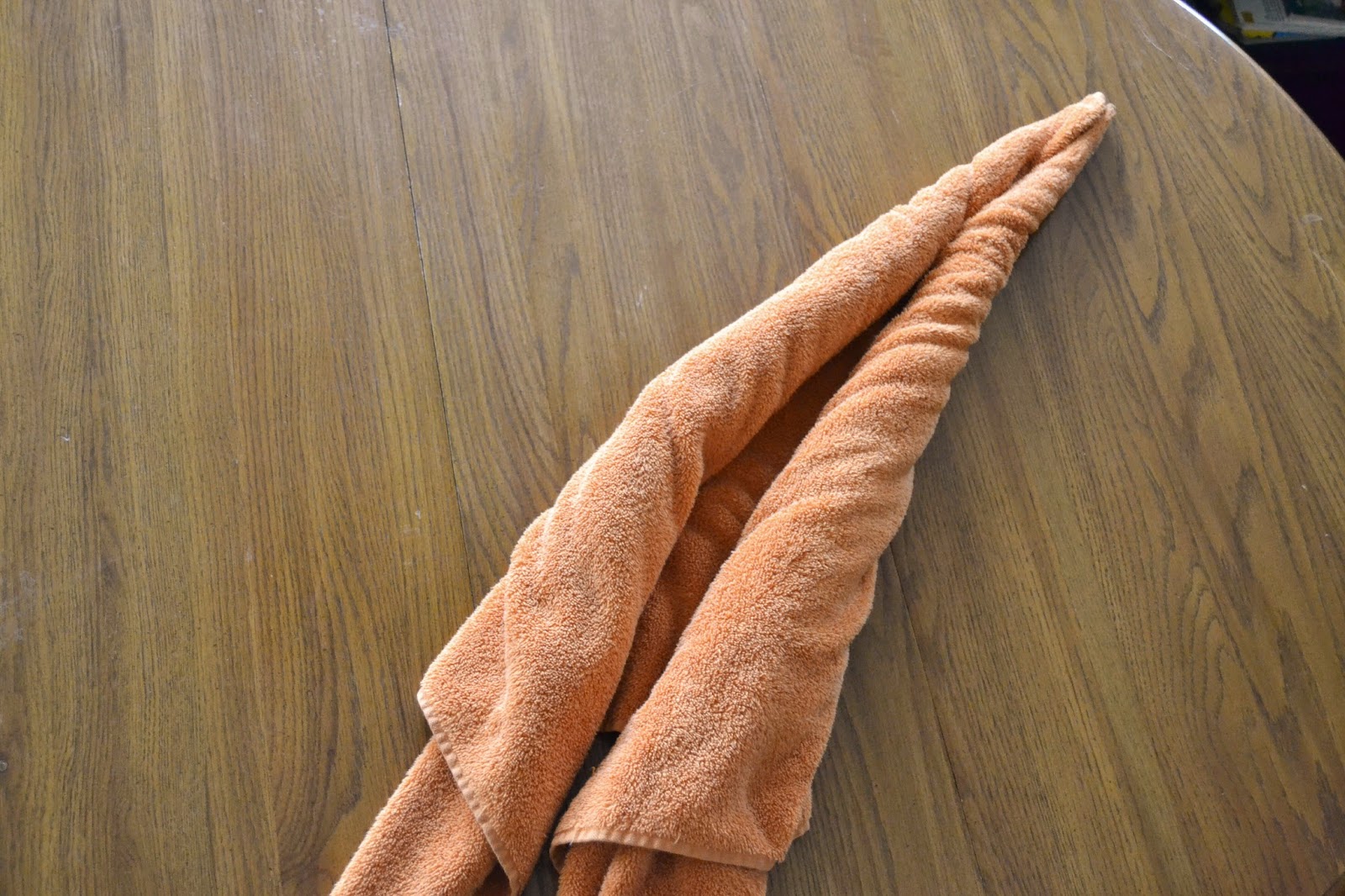 Make sure that both of the rolls are touching each other. If you need to, bring them closer together (not shown). 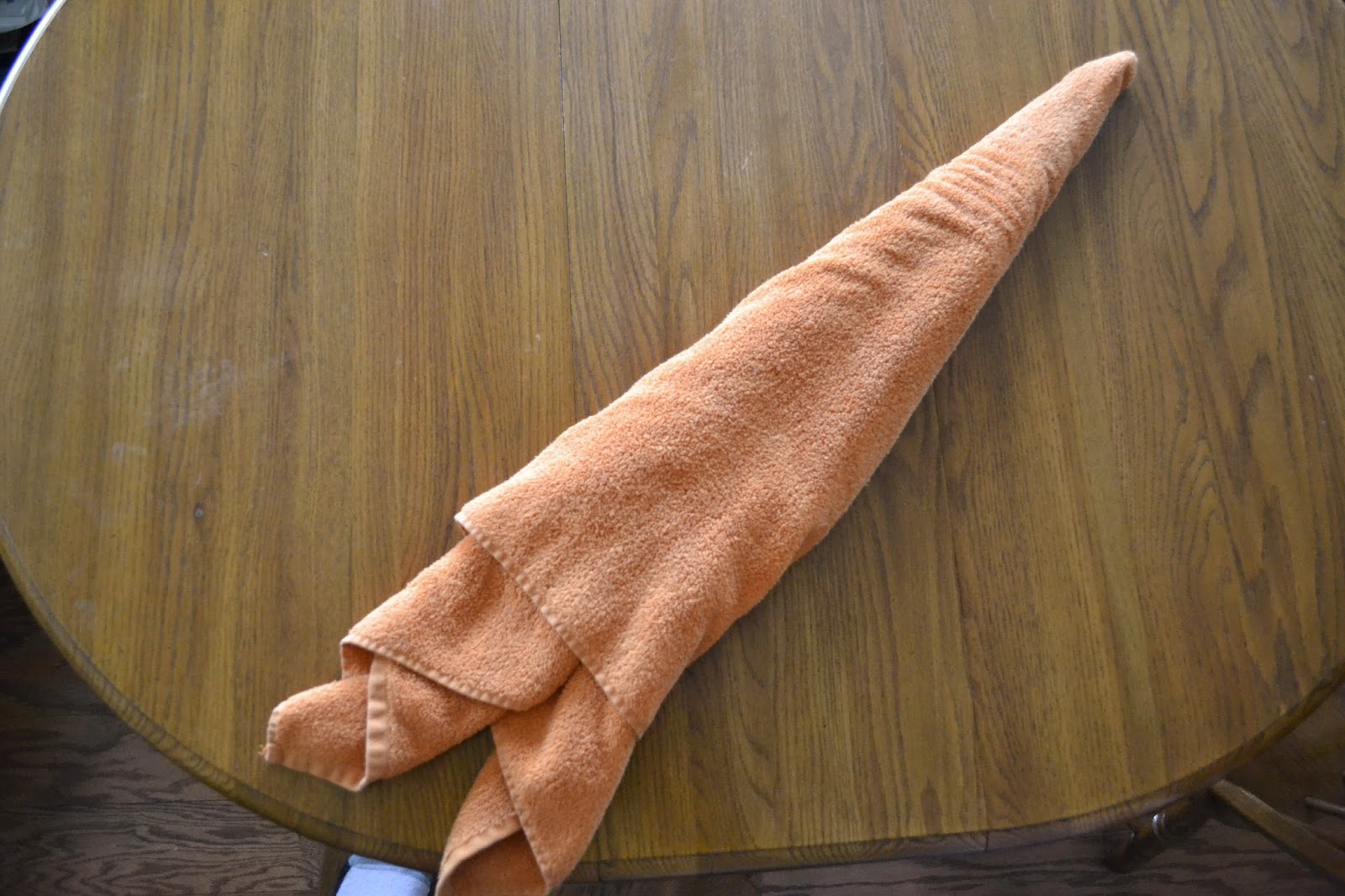 Flip the towel over so that the rolls are now facing the table. It should look sort of like it does in the picture. Make sure that the top point is still facing away from you.

Take both of the thick ends of the rolls and fold them over themselves. This is not shown, do you know why? I deleted the picture on accident, so I now ask that you use your imagination. 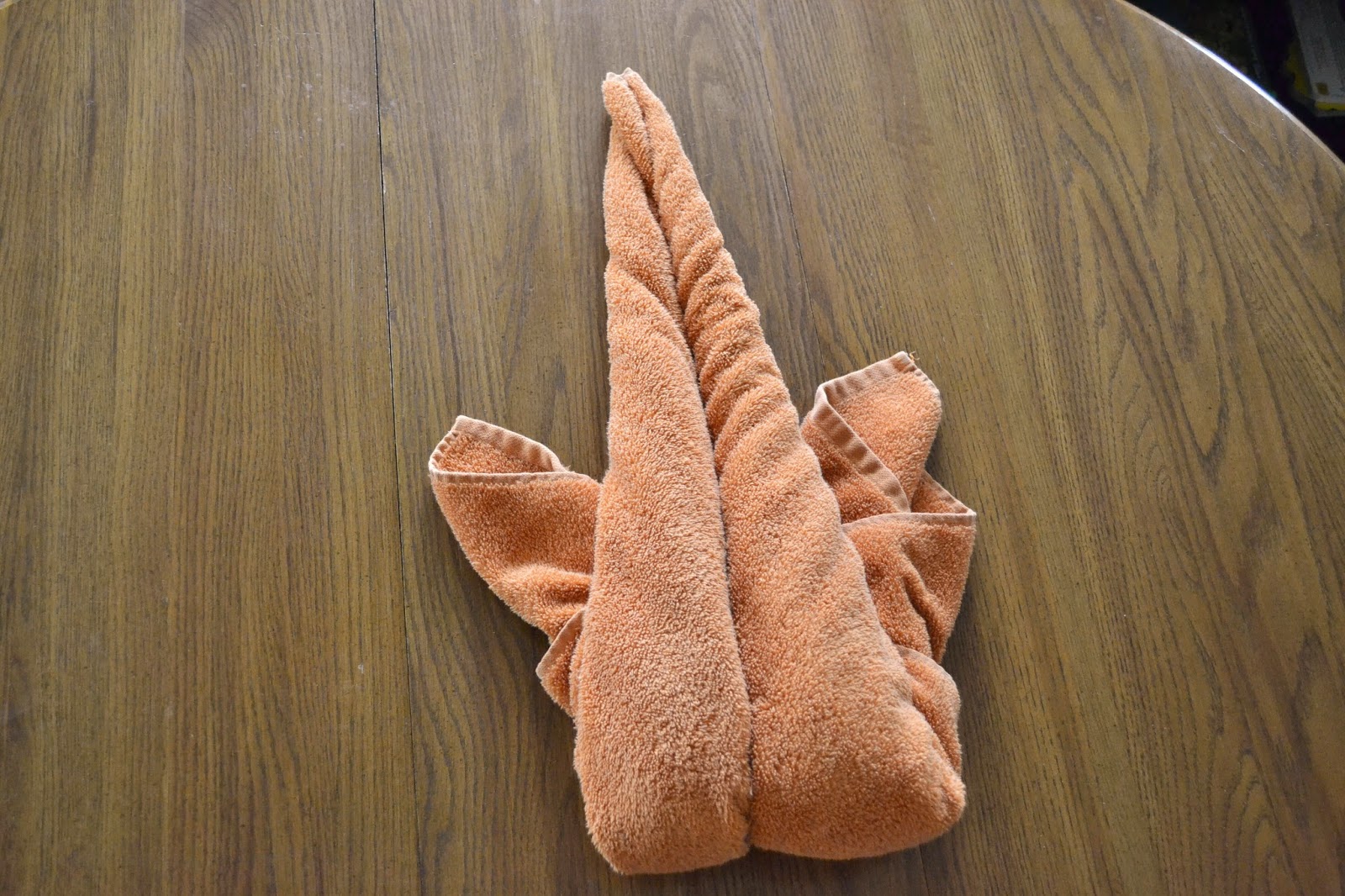 Then, hold it in that position and flip it over again. You should still have the point facing away from you, and the thick end should be folded under. 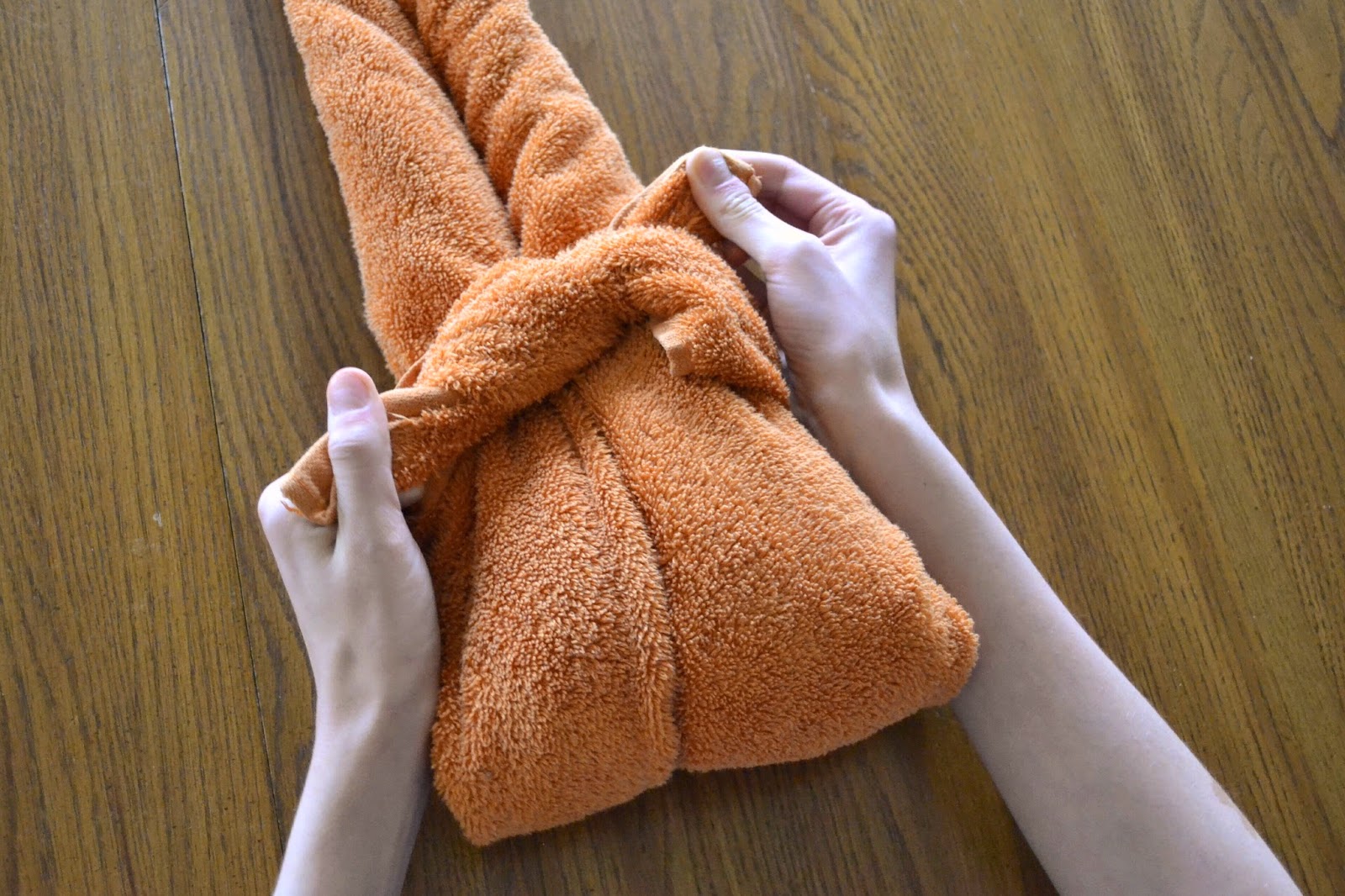 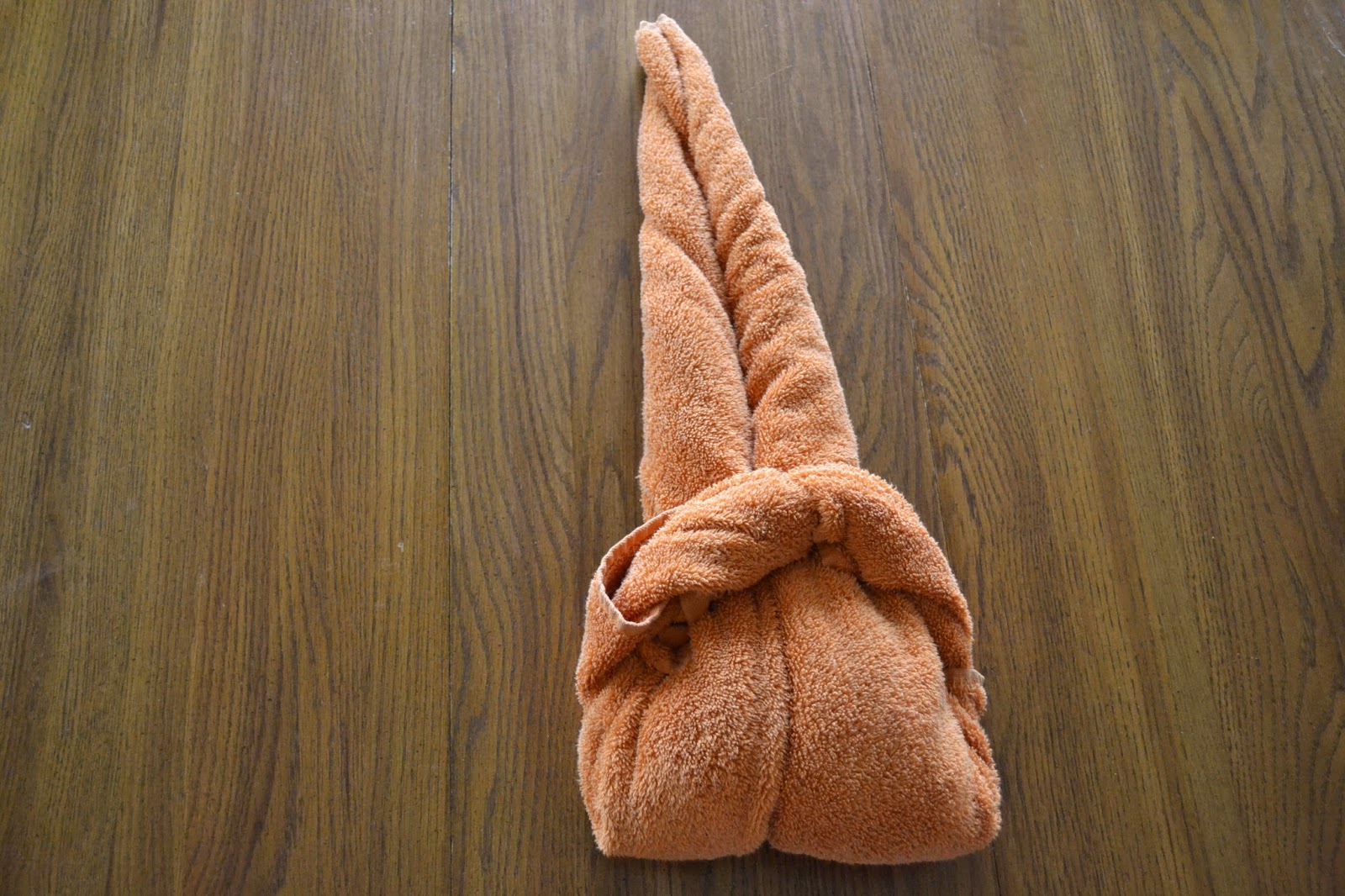 Grab the ends that are sticking out and pull them around to the front. Tie them together and tuck in any ends. 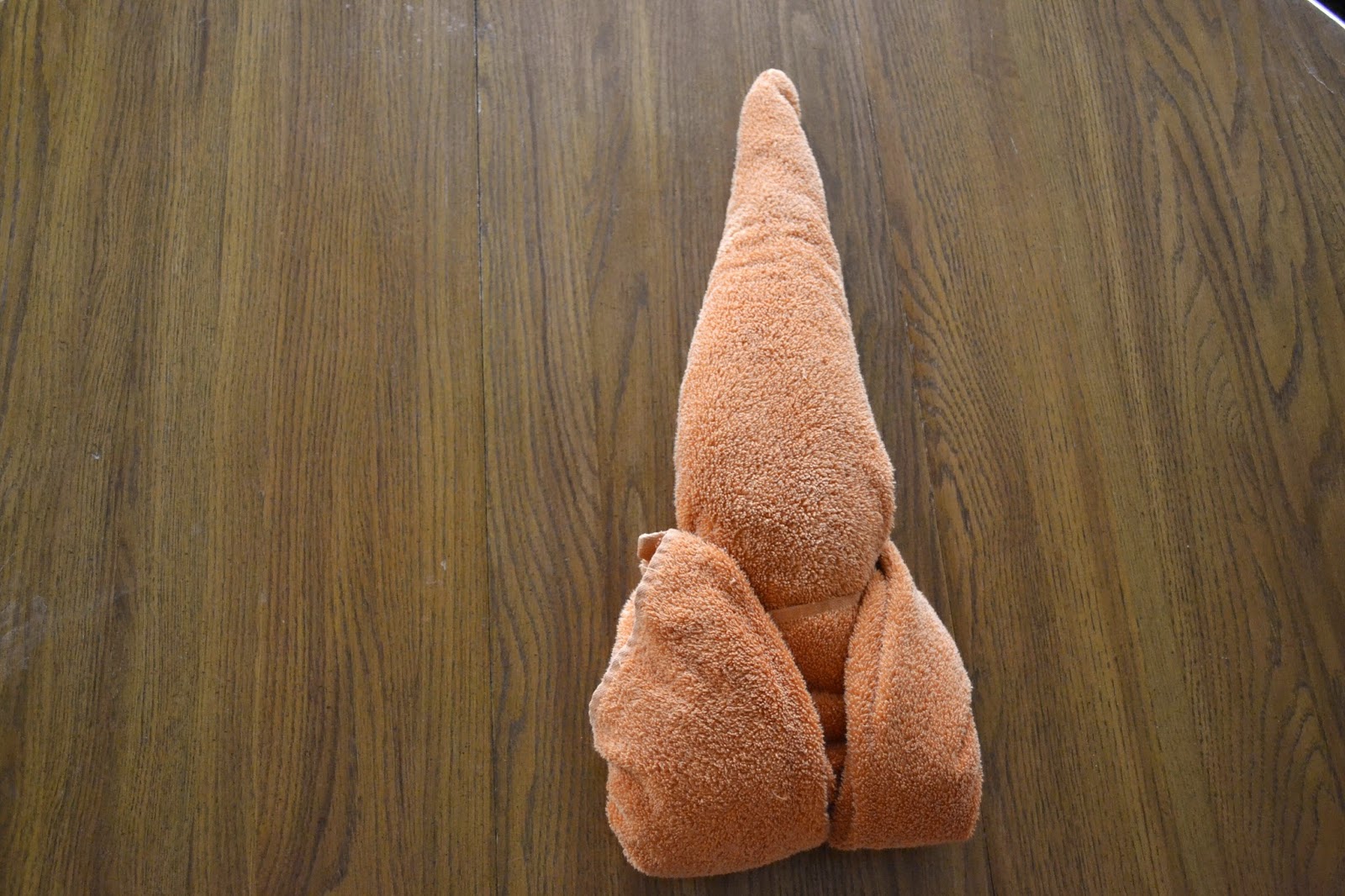 Now, flip it over one more time. Don't panic if the neck on your new towel swan is limp, it's alright. All of my brand new towel swans are like that. Take a deep breath, your towel swan is going to be ok. Now, let's work through this together. 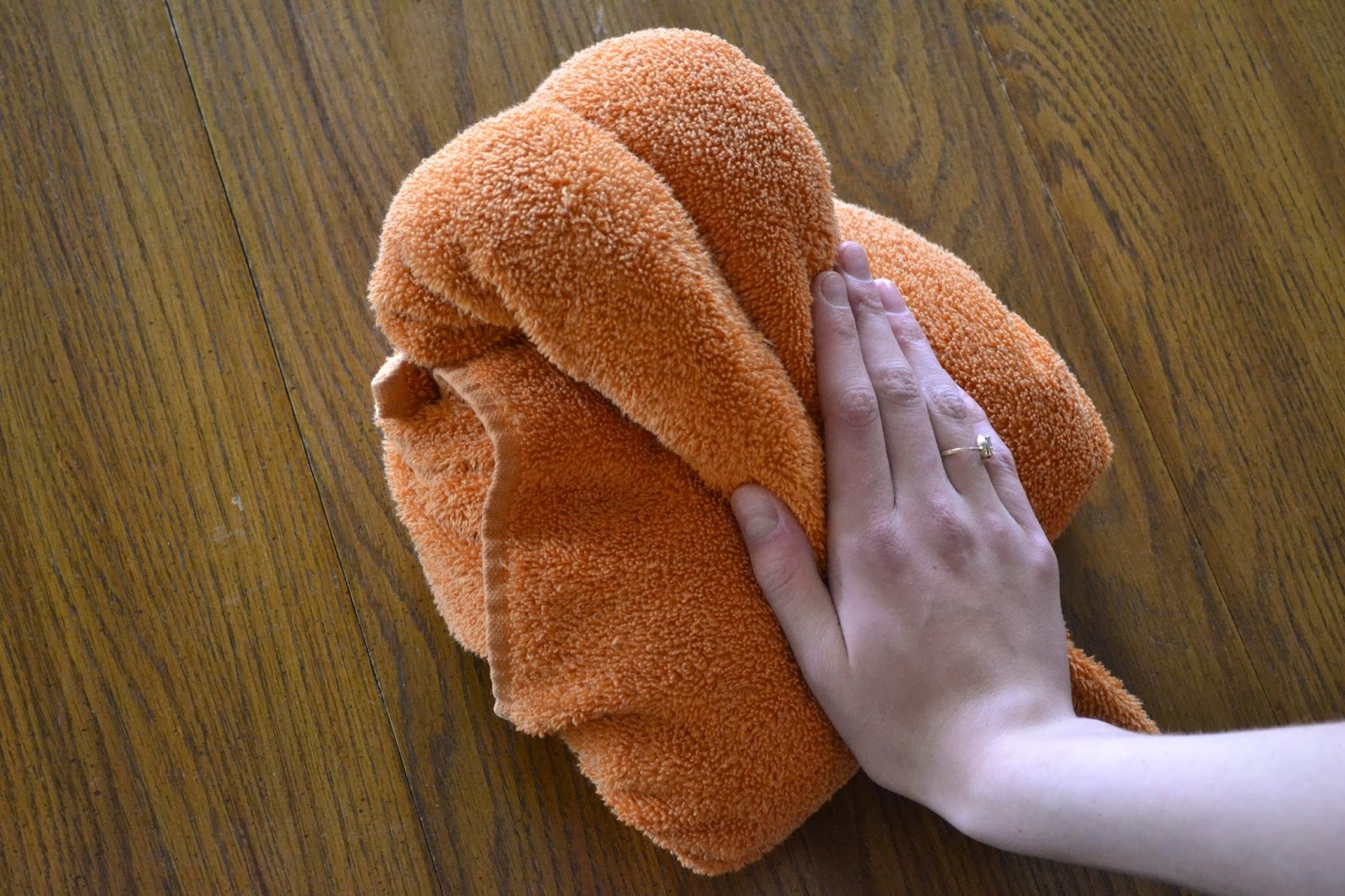 Fold the neck back on itself and press down. It won't hurt your towel swan. 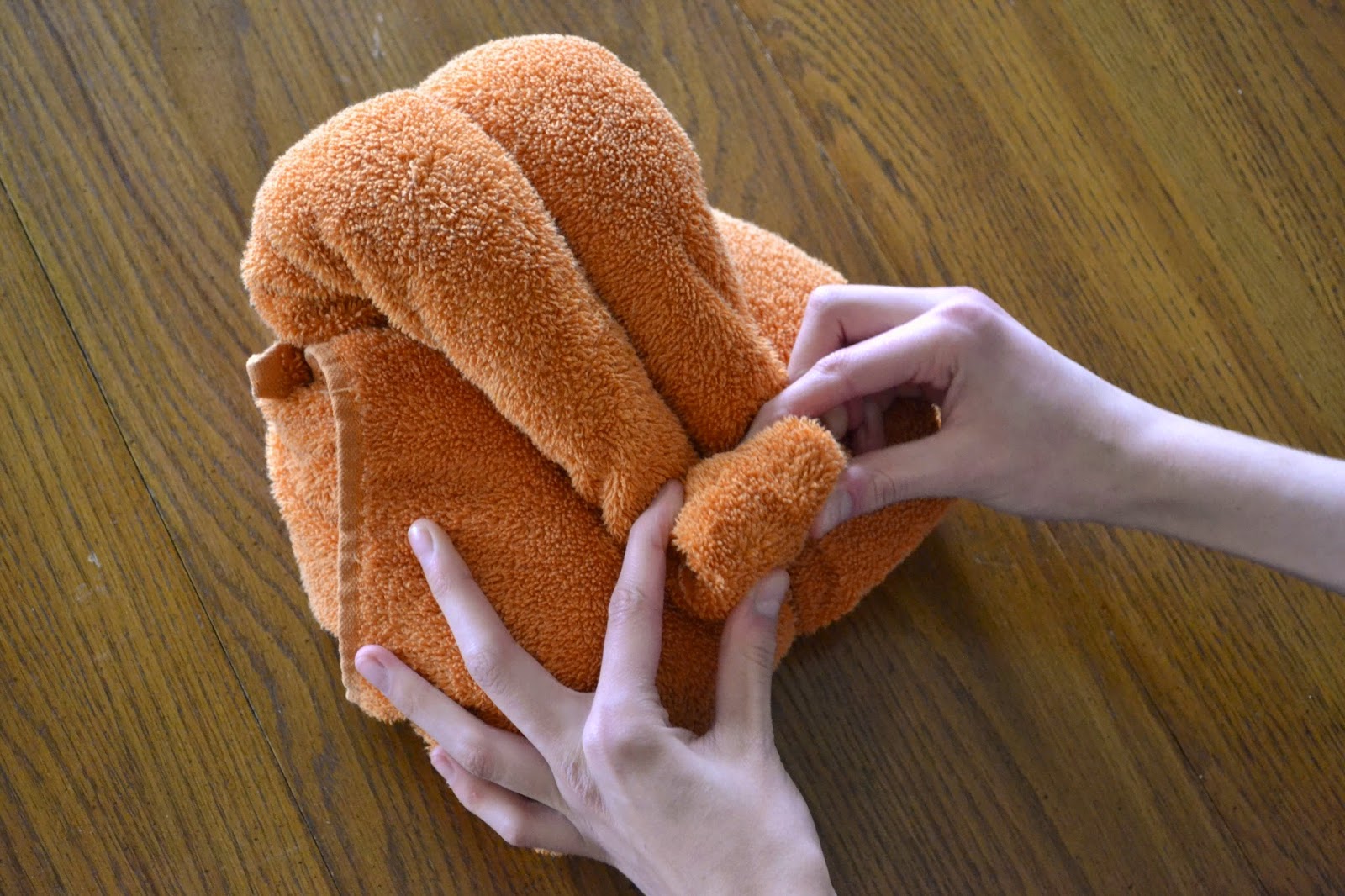 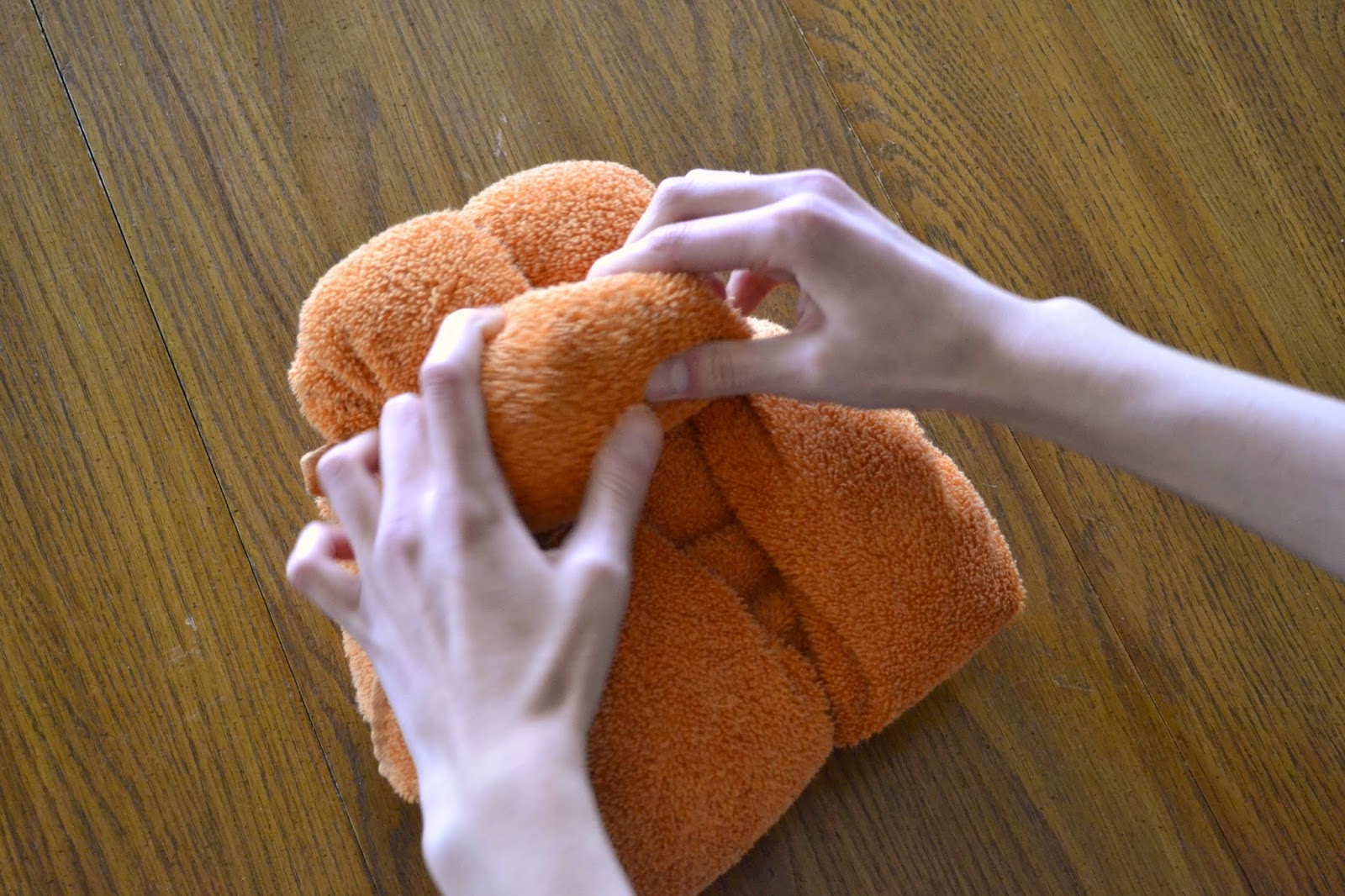 Then, starting with the skinny end, tightly roll up the neck until only a few inches are left. 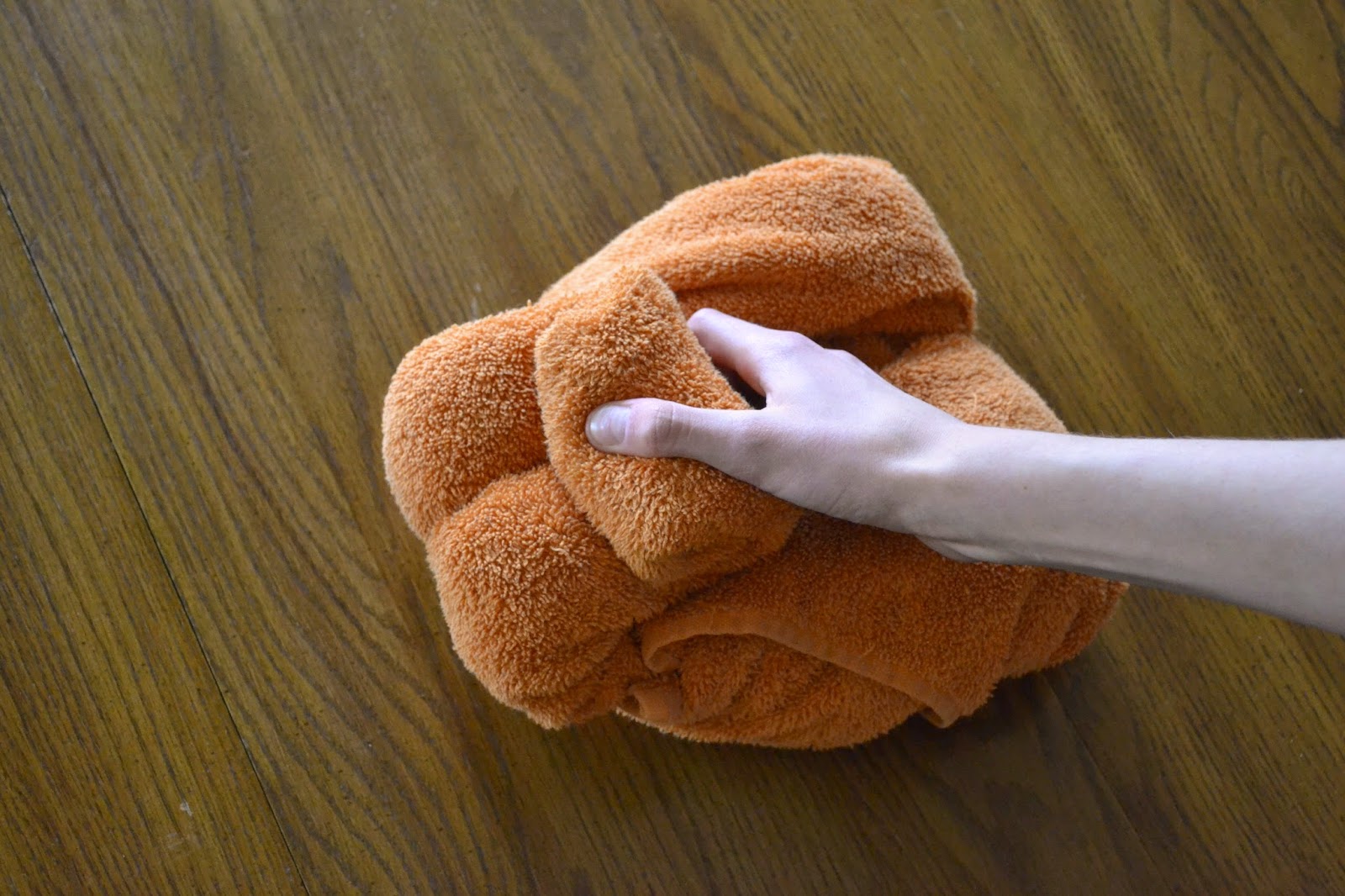 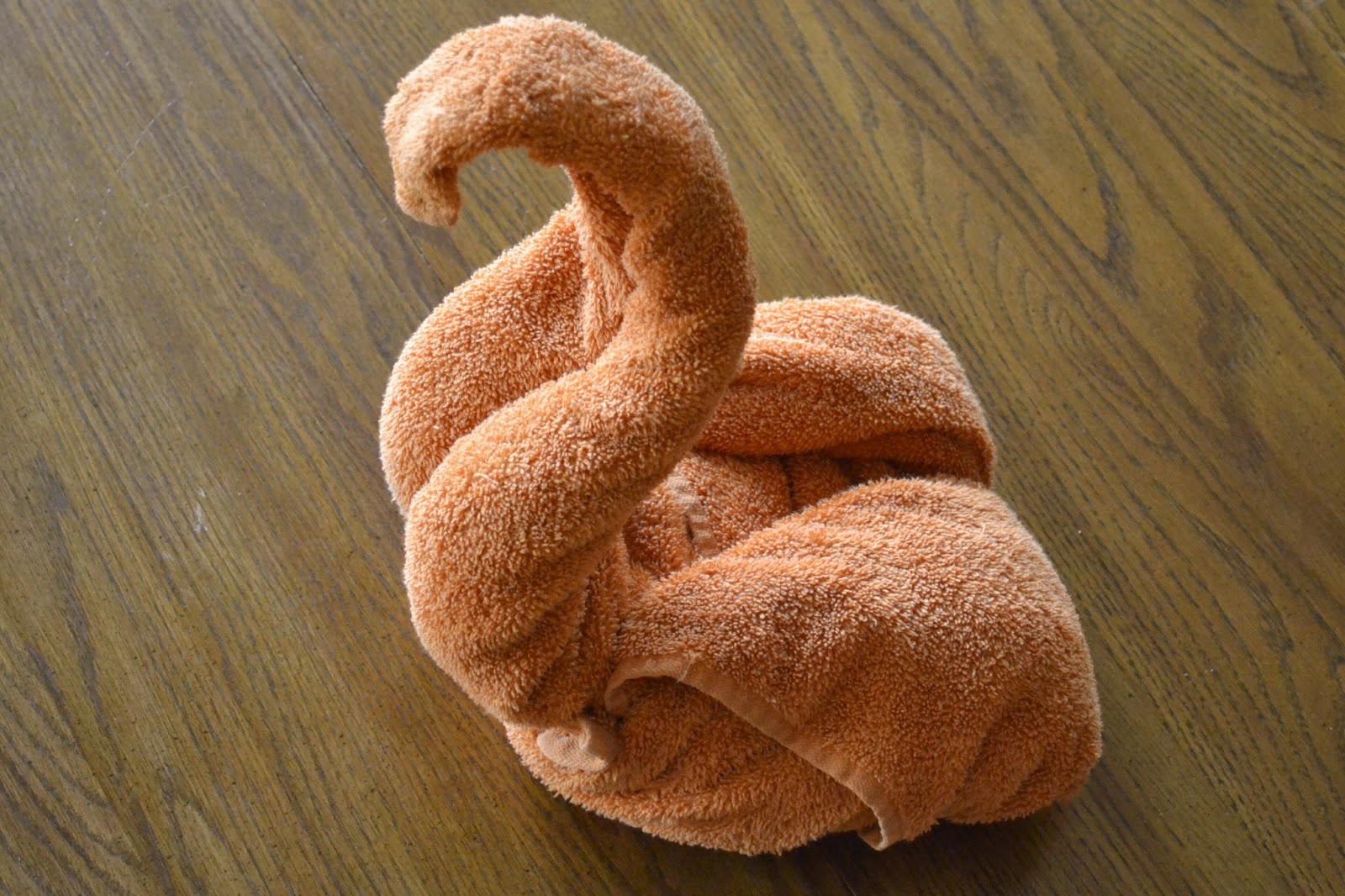 Release the pressure and the neck of your towel swan should pop up. If it doesn't look exactly right, that means that you need to teach your towel swan about correct posture. Adjust his neck until it looks better.

See, what did I tell you? You're towel swan should be all fine and dandy now, ready and eager to learn everything you teach it!

Do you have a towel swan of your own? Do you need support from other towel swan parents? Write in the comment section below and tell me about your cute little towel swan!

Katie
Posted by Cast Iron Stew at 5:00 AM